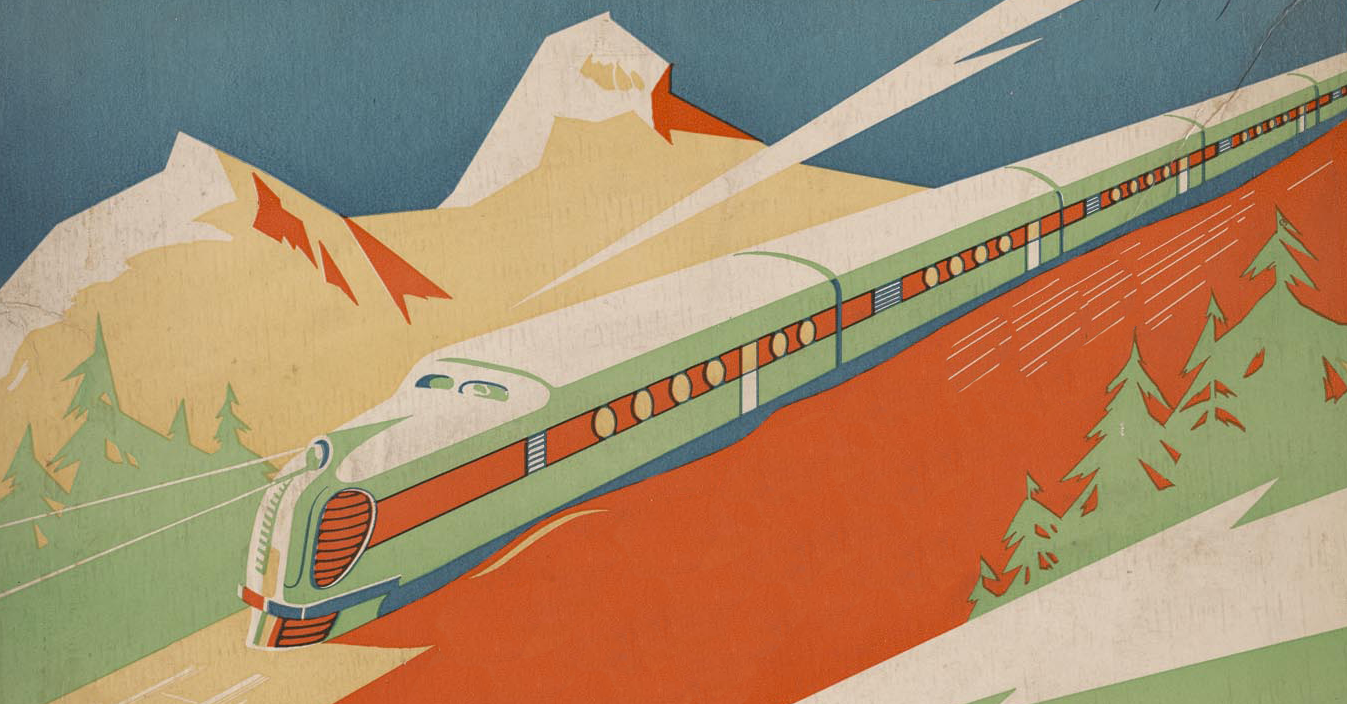 19. F.W. Beers & Co., City of Portland, Wards 1-7, Atlas of Cumberland Co., Maine. From actual surveys by and under the direction of F.W. Beers, assisted by Geo. P. Sanford and others, 1871.
Carpenter Atlas Collection.
www.oshermaps.org/map/9932

In the early 1870s, 65 trains per day entered or departed Portland. Railroad stations and yards were concentrated along Commercial street and the waterfront. The Grand Trunk Railway, with its depot and roundhouse at Commercial and India Streets, carried an important part of the freight being transferred to and from ships at the piers along Commercial Street. During the winter, when the St. Lawrence River was frozen, the Grand Trunk’s line from Montreal made Portland the winter seaport for Canadian commerce. In addition, mail between Great Britain and Canada moved through Portland and on the Grand Trunk. The Portland Company, located just east of the Grand Trunk depot, built locomotives and other machinery for the railroads. By 1889, Portland’s railroads, except the Grand Trunk, had been amalgamated into the Boston and Maine Railroad and the Maine Central Railroad. These two railroads decided to move their passenger operations from their several waterfront depots into a single modern and efficient location. Consequently, the landmark Portland Union Station opened in 1888 on Congress and St. John Streets. In the same year, the Maine Central built its headquarters building (not shown on the map) adjacent to Union Station. After some expansions, the Maine Central headquarters became the largest office building in the state. This map depicts the centrality of these railroads to the commercial development of the city.

The Grand Trunk Railway’s operations remained on the waterfront. In 1903, the Grand Trunk opened a new, attractive passenger depot at India and Fore Streets. During and after World War I, Canada improved its seaports at St. John and Halifax which led to a decline in traffic on the Grand Trunk between Canada and Portland’s seaport.

This map also shows the route of the Portland and Rochester Railroad (controlled by the Boston and Maine) crossing Bedford Street west of Forest Avenue through the site of the present University of Southern Maine campus. The track was located in front of the present-day Glickman and Osher Map Library building. This map depicts railroads dominating Portland’s waterfront along Commercial Street in the 1870s. The waterfront area included several railroad depots and yards. Tracks extended onto piers for the transfer of freight between rail cars and ships. On the other side of city, the Portland and Rochester Railroad had a depot along Back Cove. By 1879, tracks encircled the peninsula. The map also shows a horse car line along Congress Street with branches on other streets. Much of downtown Portland had burned in the disastrous fire of 1866. While the 1870s are sometimes called the “Gilded Age,” this bird’s eye view shows that Portland in 1876 was firmly in the “Age of Steam.” Steam powered trains move through the city, and steamboats fill the harbor, and coal smoke rises from various factories. The map shows roundhouses and other facilities for servicing railroad locomotives, and it also depicts the Portland Company, a builder of steam locomotives, on the eastern waterfront. Coal smoke rises from various factories. Except on Commercial Street along the waterfront, steam locomotives were not suitable for the city streets. So, horsecars used tracks on Congress and Middle Streets until electric power was perfected in the 1890s, and residents coped with horse manure rather than coal soot on the streets. The map also shows the remains of an earlier technology. In the distance, one can see the canal basin at the southern end of the Cumberland and Oxford Canal, which opened in 1832 to connect Portland with Sebago Lake. Animal powered canal boats were not able to compete with the iron horse, and the canal was abandoned in 1872. n 1911, the Boston and Maine Railroad and the Maine Central Railroad formed the Portland Terminal Company to provide local switching for both railroads in Portland, South Portland and Westbrook. The Portland Terminal produced this colorful map in 1960 to show the locations of its operations. Portland Terminal properties are shown in red and yellow. Numerous freight yards, identified by number, served industrial customers in the area. In South Portland, Rigby Yard, built in 1922, was the principal terminal for Boston &amp Maine and Maine Central freight trains.

The Grand Trunk Railway, part of the Canadian National Railway and shown in green, used its terminal on the waterfront until a fire damaged the railway bridge across Back Cove in 1984. Today, the Grand Trunk’s office building at Commercial and India Streets has been restored and is used by various tenants.

Maine Central passenger service ended in 1960. Although Boston &amp Maine passenger trains continued until 1965, Portland’s Union Station was torn down in 1961. Part of the station train shed survives today at Thompson’s Point. A ten-foot long, oak stationmaster’s desk, believed to be from Portland Union Station is now at the Osher Map Library. Visitors may ask a staff member for access to view this desk in our seminar room.